How the Book of Mormon Affected This Gay Man

I am a gay, active, Latter-day Saint with a strong testimony of the Book of Mormon. Let me share an experience I had a few years ago where I told the story of gaining a testimony of the scriptures.

It was the occasion of a fireside for Bountiful Temple ordinance workers. As I walked into the Bountiful Regional Center, I encountered a good friend, our stake patriarch. As we walked into the hall, he asked if I was alone, I said I was and he invited me to sit with him so we could catch up.

After a few minutes of chit chat, my patriarch friend turned to me and asked, “Warren, how has the Book of Mormon affected your life?” I looked at him, I cocked my head to one side and studied his face trying to decide how honest to be with him as I answered his genuine question.

This is not a question I had ever been asked before in that way.

I knew the answer immediately. My hesitancy was deciding if I wanted to be vulnerable and completely honest, or if it was even appropriate to be honest with him in that setting.

As I examined his face, I made a quick decision to be honest and blunt.

I ended my response in a matter-of fact voice, without explanation. My friend paused for a moment, looked at me in quiet surprise. I had obviously piqued his curiosity. After a short hesitation, he asked, “If it is not too personal of a question, may I ask how the Book of Mormon affected you so profoundly?”

I made the quick decision to respond to his question. I leaned in so he could hear me above the din of the others in the hall and started softly to tell my story.

“The answer is easy enough,” I said, “I am gay. Without the Book of Mormon and the way it brought God into my life, I would not have married; I would not have my wonderful wife and family; and because of my age and generation, I would probably have died of AIDS.”

Then, I began to give some details.

“When I was sixteen, I had already known I am gay for several years. At that point I had no understanding or perspective on life—I hated being gay and was desperate to find a cure. I had read in Church literature that at that time (circa 1976) that the Church assigned two general authorities to work with homosexual men. I made some phone calls to try to connect with these men, whoever they were. I soon found myself sitting in the office of Victor L. Brown, Presiding Bishop of the Church.

“I was given a list of fifteen things I was supposed to do every day and was told the list came directly from President Spencer W. Kimball, president of the Church at the time.

1. Read the Book of Mormon 15 minutes every morning and every evening.

2. Pray on your knees for 15 minutes every morning and every evening.

“I don’t have the full list any more and don’t remember exactly how the purpose of the list was presented. My memory is that I was told if I did these things every day, I wouldn’t be gay anymore. (I’ll say more about this later.)

“I took the list home and that night I took out the Book of Mormon, looked at my clock, and read for the prescribed fifteen minutes. I don’t remember feeling anything out of the ordinary. I then knelt down, glanced at the time on the clock and began to pray. I said my usual forty-five second prayer, then thought of a few things to add at the end to expand the time of my prayer, opened my eyes to see that not even a full minute had lapsed.

“I had fourteen more minutes to remain in prayer, and I had already completely exhausted everything I had to pray for. I slowly found additional things to add to my prayer, I repeated much of what I had said already, and after what felt like a gargantuan effort, I came to the end of the fifteen minute ordeal.

“I woke the next morning, and soon remembered I needed to repeat my newly assigned rituals.

“I began to pray and read the Book of Mormon in fifteen minute increments, for half an hour a day. I found that even at my slow pace of reading, that I could finish the entire book in about thirty-five days. I remember getting on my knees when I finished the book for the requisite prayer to know if the book was true.

“After an earnest prayer, I felt nothing, but I remember getting up the next morning and starting the book again from the beginning. My fourth time through the book, I decided to fast and get on my knees to again ask God if the book was true. After several minutes of earnest prayer, I remember getting the distinct feeling, “Warren, why are you asking that question? You already know the Book of Mormon is true.” I thought, “He’s right.”

“I had by that time also learned to pray to God in earnest, how to confide in him, and could say God had become my friend.

“President Kimball’s formula was both the best and worst advice I ever received; it did absolutely nothing to take away my attractions for men. What it did was give me a testimony and commitment to God, that in spite of difficult years learning to live with my attractions toward men, gave me a clear and irrefutable witness that the Book of Mormon is true and that the Church of Jesus Christ of Latter-day Saints is God’s true Church on earth.

“After many years of prayer asking God to make me straight, God led me to modify my prayer. My pleading changed from ‘God, take this away,’ to ‘God, help me live with these attractions and to learn to keep my covenants.’

“It has been almost 50 years since I was handed that list in Bishop Brown’s office. I still love to read the Book of Mormon and God is still teaching me from its pages. Every time I have wandered off the path to God, His Spirit and His scriptures have gently pulled me right again. I am so grateful to God for not giving up on me.

“To this end, I recently started a small online group for gay Latter-day Saint men called Sons of Sacrifice. I want to give back to God some of what he has given me as he has taught me how to live as an active, gay, Latter-day Saint. We are a small group, and we cheer each other on in ups and downs of our lives. God is helping each of these men to find his own way down the path of truth.

I thank God everyday for bringing the Book of Mormon into my life, and ask that he will help me bring it to others.”

After I finished my brief history, I turned to my friend and asked him to share with me. I said, “How has the Book of Mormon changed your life?”

Warren Bittner is a certified Life Coach and Addiction Recovery Coach at Life Changing Services and the founder of Sons of Sacrifice. If you would like to schedule a consultation with him, please CLICK HERE.

PrevPreviousWe Don’t Have Any Gay People In Our Ward – Or Do We?

Sons of Sacrifice is a part of the Men of Moroni program at Life Changing Services. 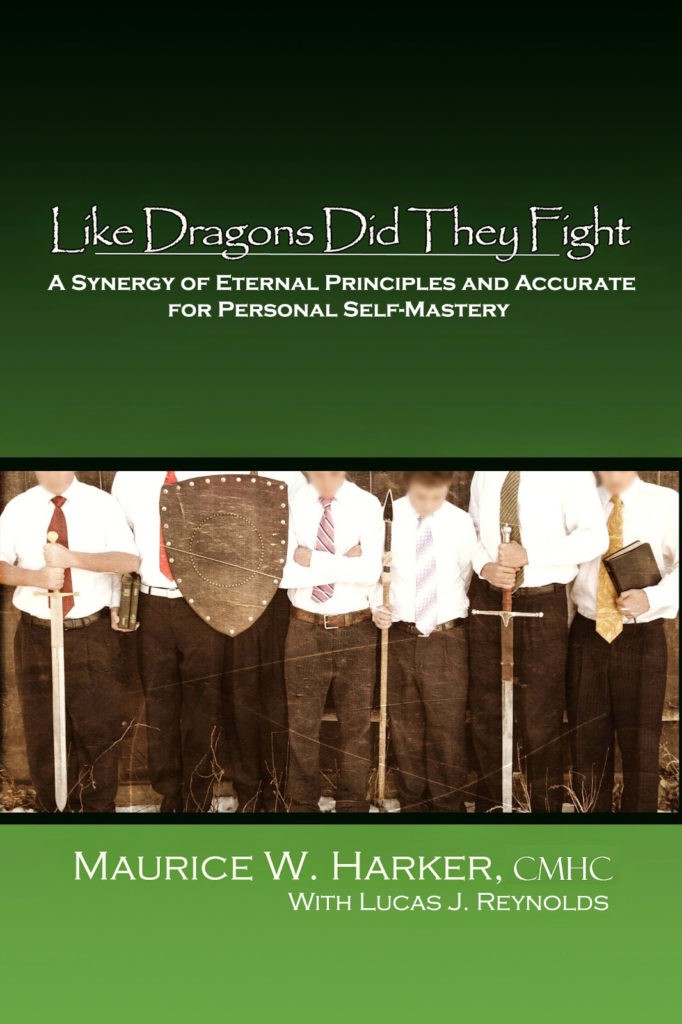 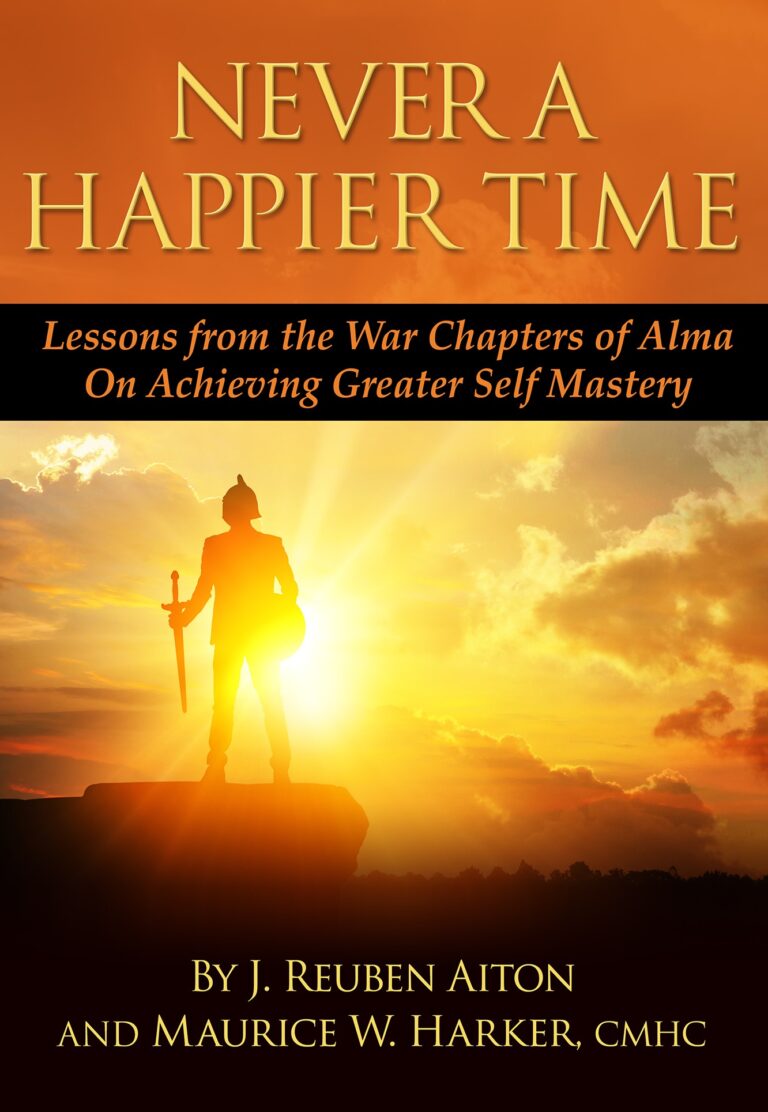 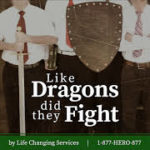